A Guide to Safe Tailgating at Cowboys Stadium (AT&T Park)

Football season is more than a sport. It brings people together for good times at house parties and tailgating before games. People of all ages tailgate around the Cowboys Stadium, drinking a few beers and enjoying the game atmosphere. However, if you tailgate at the arena, you need to understand the rules so you don’t end up getting ticketed, kicked out, or banned. This is what you need to know to stay safe while tailgating.

Tailgate only in designated areas. You can’t park your vehicle and tailgate just anywhere in Arlington. Only use designated spaces to set up camp up to five hours before kickoff. You’ll find spaces with grassy areas in Lots 4-7 and 10-15, all of which are first come, first serve. You may tailgate in private lots as long as you have permission from the owners. You’re tailgating if you have a chair, cooler, grill, or other items on the ground outside your vehicle, so make sure you’re in a designated space to do so.

Throw away your trash and properly dispose of coals in clearly marked containers available in tailgating lots.

One of the best parts about tailgating is eating grilled foods on game day. However, raw meat can present an issue if you’re pretty far away from a bathroom. Bring disposable utensils and prepare as much as you can at home so all you have to do is plop the meat on the grill when you get there. Foodborne illness can ruin a game day experience.

Find your designated driver. If you’re tailgating, that means someone drove. Make sure you have a legal plan for getting back home after the game. You can use a portable breathalyzer to monitor your intoxication levels, but these devices may not always provide accurate readings. If you’ve had more than 1 or 2 beers, you may want to consider getting a designated driver to be safe. Ballgames present the perfect opportunity for cops to pick up drunk drivers. Don’t give them a reason to pull you over.

Take care of yourself

Hydrate, use the buddy system (it doesn’t matter if you’re a 22 year old female or a 45 year old male; let someone know where you’ll be and when you’ll be back), and wear sunscreen. Tailgating is often an all-day affair; avoid hangovers and sunburn pain by making smart choices.

Don’t be a menace

Cooperate with law enforcement and stadium security/staff. If a staff member catches you doing something against the rules, remain polite and cooperate. Don’t get thrown out of the park or arrested because you feel the need to win an argument against security personnel. Take the hit and move on. Nobody wants to get called to pick you up and take you home.

For more information about AT&T stadium rules, check out the website before you head over on game day. With common sense and a basic understanding of the rules, you can enjoy a fun day of tailgating before and/or after a fantastic game. 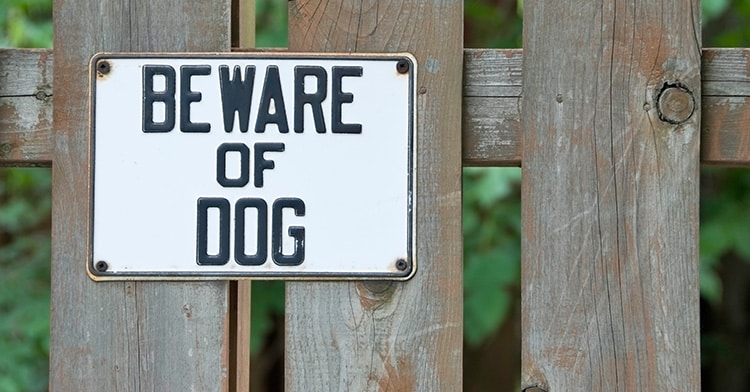 What To Do After a Dog Bite

What Happens if a Dog Bites Someone?

Dogs provide security, companionship, and unconditional love.  However when a dog rages out of control, dog bite injuries can be serious, permanent and even deadly. There are specific facts and conditions that need to be shown to hold a dog owner liable and you need a dog bite lawyer that knows and understands Texas dog bite laws and what to do after a dog bite.

If you or a loved one suffered a dog bite injury, it can be very confusing and definitely scary. Life changes drastically. You may be out of work while hospital and doctor bills fill your mailbox. You wonder how you are going to pay them. You are in pain and unable to play with your kids, complete your chores around the house, or go out with friends.  There are both physical and psychological scars after a dog bite attack.  Some of the most common injuries associated with animal attacks are as follows:

Compensation After an Animal Attack

When these things happen to you through no fault of your own, you may be overwhelmed by worry and a sense that life just isn’t fair. Victims of serious injuries inflicted by the negligent or intentional acts of others are entitled to full and just financial recovery. But in order to ensure a dog bite victim receives the maximum compensation, steps should be taken immediately after a dog bite injury to deal with a dog bite as quickly and safely as possible.

What to Do After A Dog Bite:

If you or a loved one have been injured from a dog bite or animal attack, Board Certified Personal Injury Attorney Aaron A. Herbert will explain what to do after a dog bite attack,  fight to protect your legal rights, and seek the compensation you deserve. No fees or expenses unless we win your case, call 24/7 (855) 655-HURT or (214) 348-6723 for a free consultation.

Posted by Aaron Herbert at 8:35 pm

What to Do After a Car Accident in Dallas Texas

What to Do After a Car Accident in Dallas Texas

The Odds are you will be involved in a collision.

The odds are driving in the Dallas – Fort Worth Metroplex you will be involved in a car accident at some point in your life. In the state of Texas every year approximately 3,000 people are killed and 80,000 people injured in motor vehicle collisions. Whether you are involved in a relatively minor fender-bender or a serious collision, the crash will likely have a serious impact on your life and the life of your loved ones from that moment on. If your asking yourself what to do after a car accident in Dallas Texas, the information below can mean the difference between a fair and just recover, or no recover at all.

What you do after the crash is very important.

When you have been involved in a car accident, you need to protect both your physical health and your legal rights and options with regard to the accident. If you have been injured in a car accident in Texas you are likely entitled to compensation for your injuries if another party was at fault in the accident. Board Certified Personal Injury Attorney Aaron A. Herbert has been helping car accident victims and their families in the Dallas/Fort Worth area and surrounding communities for over a decade.

Steps to Take After a Texas Car Accident

In an effort to ensure that car accident victims do not make an important mistake after an accident, we suggest taking the following steps immediately  after being involved in a collision:

Posted by Aaron Herbert at 5:42 am