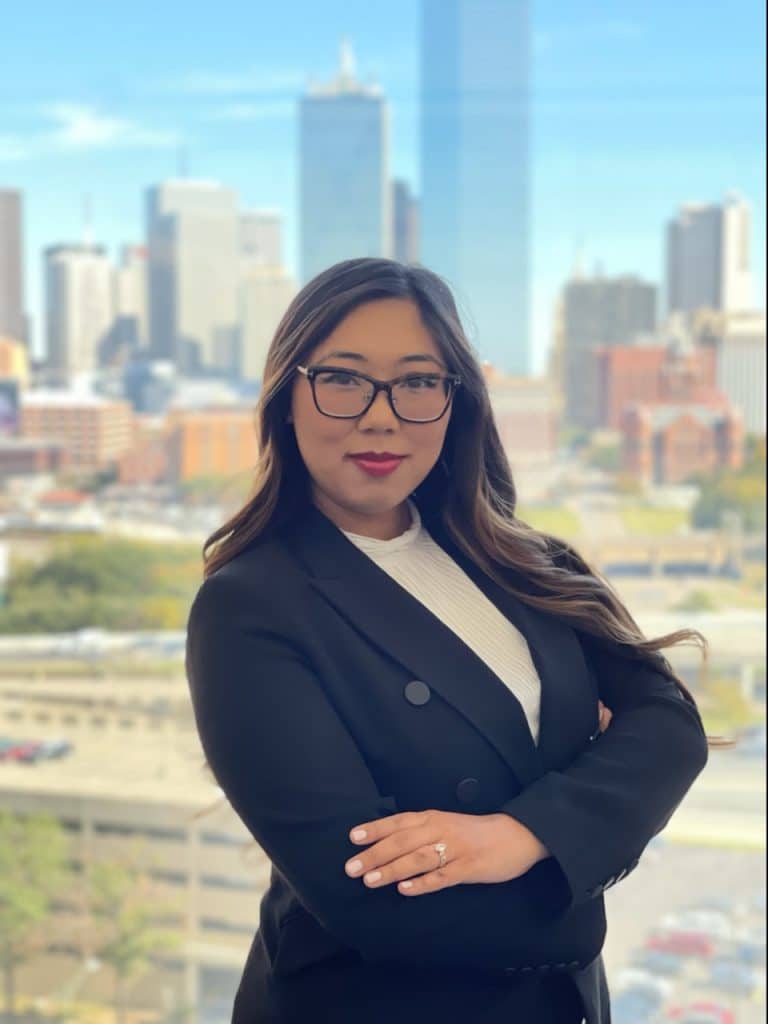 Jordan Terashima is an associate attorney with the firm and focuses in the areas of personal injury trial law and trial techniques. She is a tenacious litigator and zealous advocate that works hard to protect the legal rights of injured Texans.

“Insurance companies rarely quickly and voluntarily offer to pay a fair amount without a fight and I am involved in daily battles to make sure personal injury clients are fully compensated”.

Jordan can trace her legal ambitions back to the rich history of her American-born grandparents’ whose lives were completely upended at the beginning of World War II, when they were forced to relocate to Japanese-American internment camps. The raw injustice of that infamous chapter in American history inspired her to pursue a career in law, so that she could help others when justice is under siege. She joined the Law Firm of Aaron Herbert in order to help the injured fight for justice under siege by billion-dollar insurance companies.

“No laws are too complex to stop our clients from getting what they deserve”.

Born and raised in California, Jordan escaped to Texas where she obtained her bachelors in Legal History from the University of Texas at Arlington. Jordan later earned her Juris Doctorate and Graduate Diploma in Comparative Law from the Louisiana State University. Jordan is licensed by the Supreme Court of Texas and practices in all State Courts where she devotes 100% of her practice towards fighting for those who have been injured through no fault of their own.

“Second time having Attorney Herbert represent me in an auto accident. I am very satisfied with his service and the firm staff was extremely professional. I highly recommend this law firm.” – Christine Silva